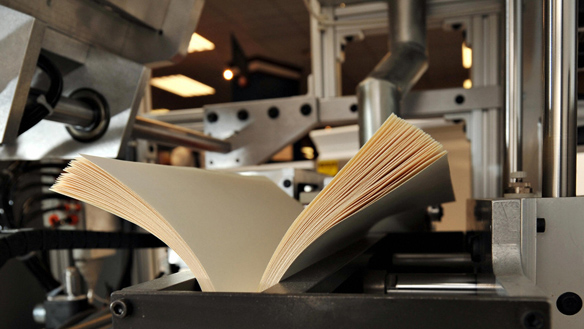 Book printing might sound like a boring niche that doesn’t much over each turning year. That’s why you might find it surprising that like letters and the alphabet, book printing tells a far more astonishing story than what we usually know of.

There had been many developments that had great effect on book printing. The technology that spawned the making of records and preserving them was started by the Sumerians in the form of cuneiforms. Cuneiforms are an ancient wedge-shaped script used in Mesopotamia and Persia. Stone tablets would later give way to papers which would then be the main medium of the books as we know it today. Large volumes of books found a home in the Alexandria Library in Egypt during the reign of King Ptolemy I Soter. Ptolemy instructed his scouts to collect every possible book there is in the civilized world and bring them to the library for safekeeping. Original works were duplicated and was promptly returned to its rightful owner. Those returned were the duplicates of course. It would have been interesting to know how the owners reacted upon finding out that they were given mere copies of their books. Then again, we’ll never know. One thing’s for sure, arguing with a king is not good for your health.

Of all the events that transpired having an impact on the printed book, none have greater effect than the invention of the movable type. This process has been used by the Chinese as early as 1041 and in 1403, the earliest book was printed in Korea. Though similar in process, Johann Gutenberg’s invention would have a far greater contribution to the printed book as his movable type was able to print many copies of the same text quickly. Something the Chinese and Korean types failed to do. Gutenberg’s pioneering invention paved the way for later innovations and would serve as the spark for the success of future printers and publishers.

Today, printers can churn out thousands of books in record time. The invention of advanced printers capable of printing thousands of pages in a minute has made this a reality. Due credit is given to the pioneering spirit of early civilizations and of course Johann Gutenberg for making mass production of the printed book a possibility. This rich history has given us modern people the comfort of having books readily available.